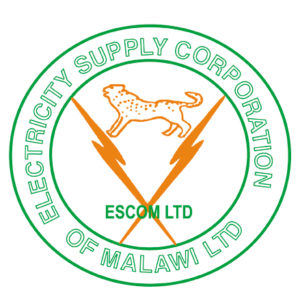 A sorry tale of wastage, incompetence, and possible corruption has come back to bite Malawi’s power utility, Escom after the country’s Anti-Corruption Bureau (ACB) and police launched an investigation into a botched one billion-kwacha (R22-million) procurement of vital supplies.

Several Escom officials, including former senior procurement manager Jack Thabwa, have been questioned by the fiscal police as part of an investigation into how a Escom procured a large batch of HSC fuses from a South African middleman, allegedly at about 25 times the price other suppliers were offering.

The ACB also confirmed it has launched a separate preliminary investigation into the matter.

Under the spotlight is a 2013 contract in which the state-owned utility procured the fuses from a South African-based company, Multistar International, which allegedly ended up being dumped in Escom warehouses because they were incompatible with its systems.

The claim is that Escom provided the wrong specifications for the fuses.

More taxpayers’ money were allegedly squandered when the materials were shipped back to South Africa after 30% of them had allegedly been damaged in storage.

They were then sent back to Malawi after an Escom inspection team went to confirm the damage.

The procurement also raised eyebrows because it was a single-source procurement at a price an internal source claimed was exorbitant.

“I can confirm that Escom officials have been questioned on the matter, but cannot provide any further details,” national police spokesperson James Kadadzera confirmed this week.

Escom spokesperson Innocent Chitosi did not respond to questions.

The price issue is highlighted in a memorandum dated February 27 2014 from former Escom finance controller to the director of corporate services and director of finance which complained that the cost of the procurement was “abnormally high”.

The memorandum said that an officer in Escom’s stores discovered that the landed cost of SP and cut-outs imported from Multistar International under contract number ESC561/ICB/2012/3 was abnormally high.

“The normal price of a cut-out based on the average pricing system is not supposed to exceed K8 500 (R160). However, the consignment from Multistar is costing almost K175 000 (R3 900) per month which is more than 25 times the expected price.”

It demanded an explanation and reported that the inspection team had rejected the items as having the wrong specifications.

Further correspondence seen by the Programme for Independent Journalism shows that a local company, Multicoms Trading, had won a contract to supply the same items at a unit price of K3 200.

The Nation newspaper reported that it had seen documents indicating that the only action taken by management was to transfer senior procurement officer Thabwa to a different post.

Escom spokesperson Innocent Chitosi asked for more time to comment on the matter.

In an interview yesterday Morgan Tembo, the Escom board chairperson at the time, recalled ordering a commission of inquiry into the procurement, saying the board uncovered a host of irregularities.

“The contract had already been signed [when his board was appointed] and we were failing to roll out [electricity] connections,” he said. “The investigation revealed that much of the material was unusable under the current protocols.

“We were able to establish how we got there and we ensured Escom doesn’t return to such a position. We left with Escom with surplus,” said Tembo.

MCC is an innovative and independent U.S. foreign assistance agency and in Malawi its $350.7 million (K265 billion) compact was designed to reduce poverty in Malawi by revitalizing the country’s power sector in a five-year-project that focused on improving the availability, reliability and quality of the power supply, expanding access to power, reducing the cost of doing business, and revitalizing the way the country produces and delivers power.

Paul Maulidi, who chaired Escom’s commission of inquiry on the procurement, also recalled that the contract suffered from a number of irregularities and there was “a lot of infringement of the law”.

“I chaired the fact-finding meetings, I don’t have documentation with me but I remember that there were certain items that were paid for in advance, and we discovered that they were not suitable for Malawi,” Maulidi said.

“We instructed management to sort out the problem and recover the money. Procedure was not followed. Why pay in advance before the goods arrived? Why provide wrong specifications?”

The internal correspondence reveals that in the 2013/14 financial year, Escom’s financial controller feared the contract would attract an audit query.

According to Escom sources, the supplier set a time limit for the utility to approve technical details for the fuses. When the utility failed to respond, the company shipped the consignment anyway, to mitigate risk of breach of contract.

The source said payment is usually made on receipt of the goods in Malawi. Especially if they are of a sensitive and technical nature, goods are only accepted by the Escom stores after scrutiny by an inspection panel which reports to chief executive.

In this case, the finance division collected the relevant documents from the freight forwarding company after clearance through the Malawi Revenue Authority – but without the goods being seen by the inspectorate.

It was only after payment that the panel rejected the consignment as failing to meet Escom’s specifications.

Later, Escom persuaded the supplier to replace the consignment subject to a 15% variation order o to cover expenses. But the utility left the original goods in the open at its stores, exposing them to the weather.

When the goods reached Multistar, the company reported that 30% of the consignment was damaged.

An Escom team was sent to South Africa to review the consignment, which confirmed that the goods had been damaged and agreed to return them to Malawi.

The PIJ understands the goods are lying idle at Escom warehouses.